Dave Pike came round last night and we shared a bottle of wine and a game of Warband...


After a couple of week's peace the Dragonmen tried to take control of one of the Dwarven mines. Fortunately they were spotted and the Dwarven armies sallied out of their home to meet the enemy in the field... 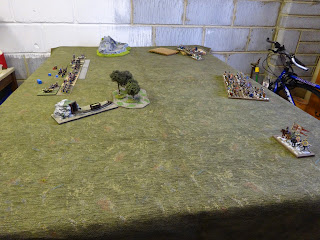 Dave had the Dragonmen with a revised list; some cheap marcher footmen to act as a skirmish screen for main force. Which was great because I had an all shooting Dwarf army that could test the skirmish plan. Dave also too the ubiquitous mage and a knight hero. 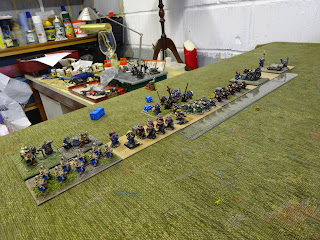 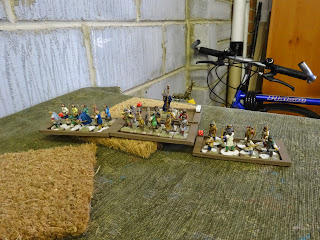 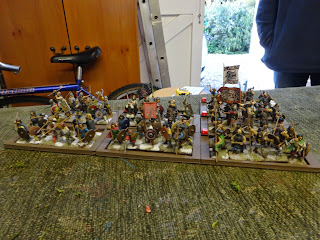 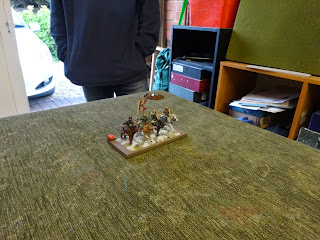 
I deployed so almost everything could fite through the gap. Dave had his archers and mage opposite the mountain, his main force behind the wood, angled so he could cover his approach. His knight on his left to swing passed the mineshaft and roll up my flank.
So Dave approached with his archers but stayed into arty arc... 2x4 dice with Powerfull and the archerss out of command for encouragement dice... After 2 turns there were 2 dead archer units... The 3rd archer used the mountain as cover to take shots at me but wqs never effective enough as it was too far to receive command points. 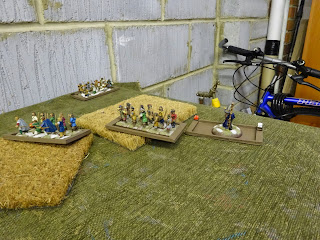 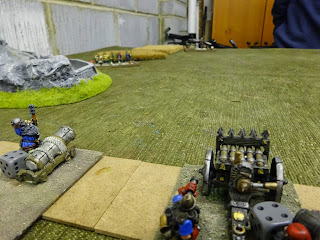 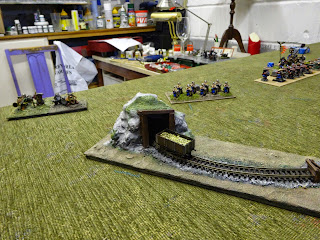 On my right Dave tried to flank me but I got 2 archers to move and cover that. Worth noting single units with no mates within 2 BWs lose 1 motivation and 1 protection. Dave kept charging and bouncing off but it took it toll and I was winning the attrition war there. 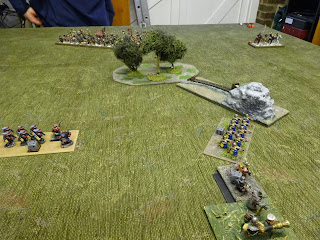 Dwarves race to protect the right flank from the advancing knights﻿. 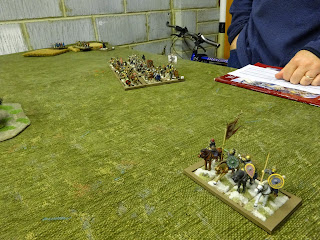 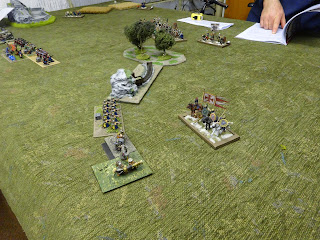 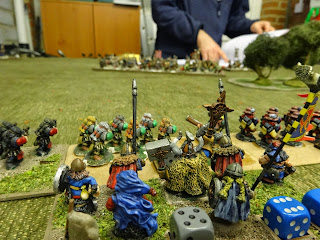 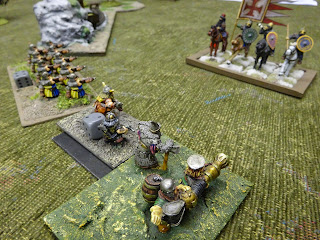 A battle of attrition on the right 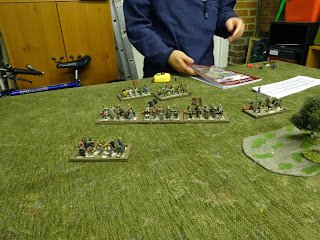 In the centre... Well, you know things like Crecy, Poitiers, Agincourt, Balaclava... Dave's skirmish line vapourised, especially as I turned my arty once his archers were no longer any use. 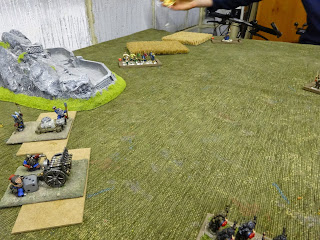 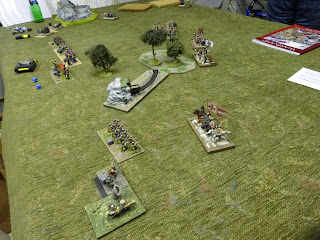 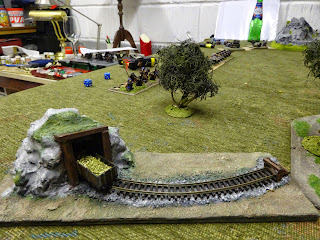 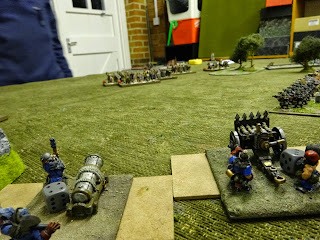 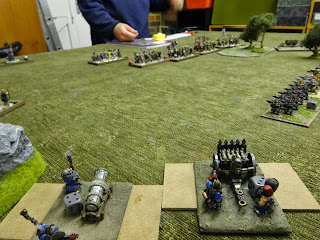 By the time Dave threw in the towel he'd lost 7 units including routers and was points away from collapse, I lost 4 morale points spread across 3 units. Dave did get 1 solitary, very poorly warrior unit into my line, only for my general to charge it and take it down.
﻿ 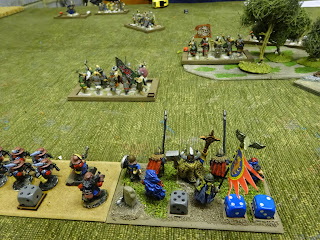 The Dwarven general joined the fight and helps see of the enemy warriors.﻿ 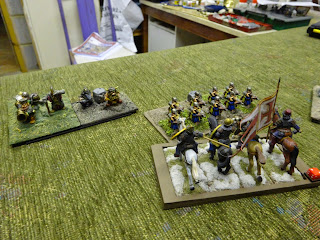 Meanwhile the knights and archer continue to battle it out 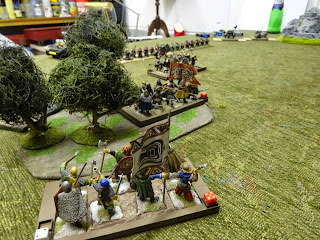 Finally Dave's General has had enough and sounds the retreat. 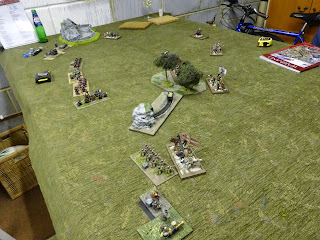 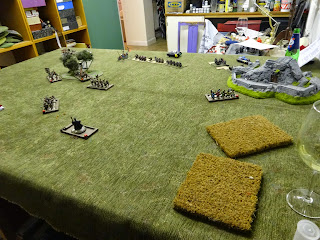 Plenty of learning experiences there, I think Dave had fun, there were no gyrocopters in site but a Dwarven shooting line is lethal!﻿