The continuing tales of the False Prophet of the San Juans

﻿
Rebellion is rife in the San Juans as the False Prophet spreads his call for a holy war﻿ to eradicate the foreign invaders and free his people.

This evening we were short on numbers with Only Shaun, Mike, Dave and myself but we had enough to play out the endo of the campaign turn and generate a battle.

Shaun amd Mike played the Imperials whilst Dave and I played the Dervish.

After the last kicking and untimely demise of Gordon of Kartoon, His Excellency Shuan Ulrikakakaka Mutton KFC gatherered together more forces and headed to the easier target of Port Stanley in an effort to quell rebellion there. 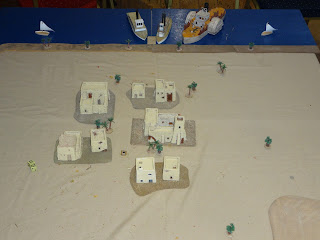 Port Stanley awakes to see Gunships and transports in the bay. 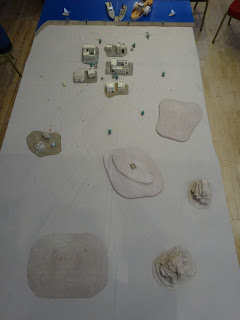 North of the town the Shepherd watches his flock and the tents of the traders begin to bustle with the rising sun. 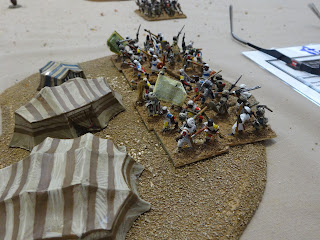 Rise my children! The enemy is upon us! 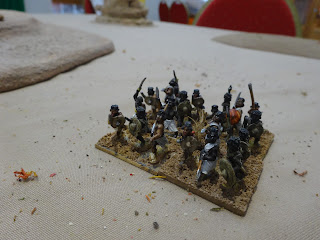 Send word and call in all the local tribes! 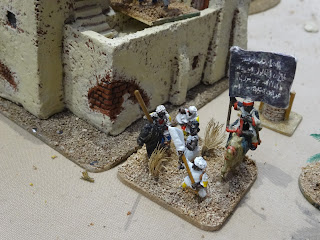 We shall hold this town in the name of Allah!! 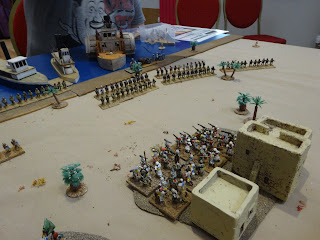 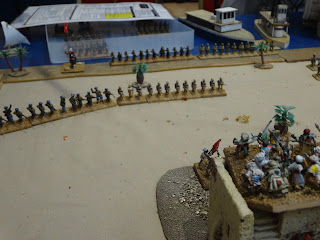 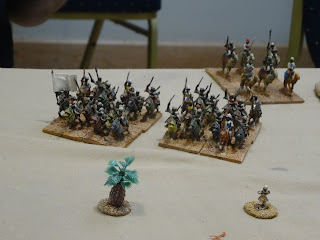 God is great! The cavalry has arrived! 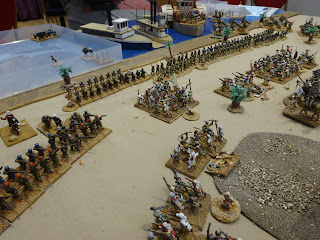 Throw them back into the sea!! 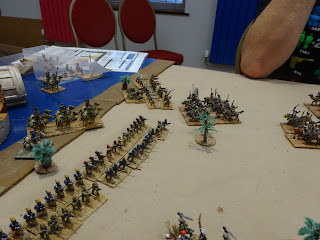 Hmmm... Charges not quite working as planned. 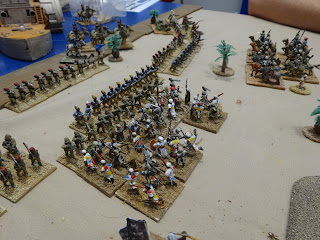 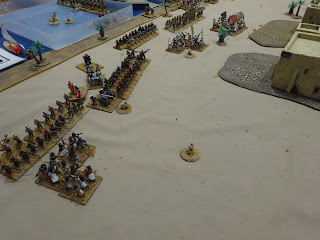 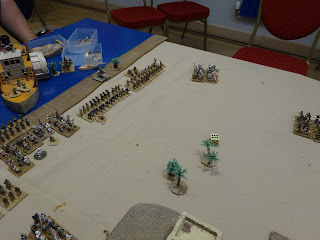 Ah, just us left then.

So in a break of tradition the Egyptians deployed in depth and protected their flanks, they were helped by the narrow table but they did everything right given the conditions. The Dervish had chances but failed in critical melees to break through the lines and exploit, this meant they never got enough troops in with favourable odds and in the end were shot to bit.

Eventually it became clear the Dervish were on to a loser and they all fled to the hills leaving His Excellency Shuan Ulrikakakaka Mutton KFC the field and incredibly, still alive.

Great fun of the campaign is that the Dervish players can just squander troops for the fun of the charge, it's the Imperials that need to husband resources. If the Dervish win a melee big time then they are through and causing mayhem.

This marked the end of game turn 5 in the campaign and whilst the last victory meant they are still able the fight the rebellion, the previous dramatic losses and the death of Gordon of Kartoon have encouraged more locals to take up arms in the holy war. Victory points for the Dervish are creeping up towards the trigger point for the arrival of British troops.﻿